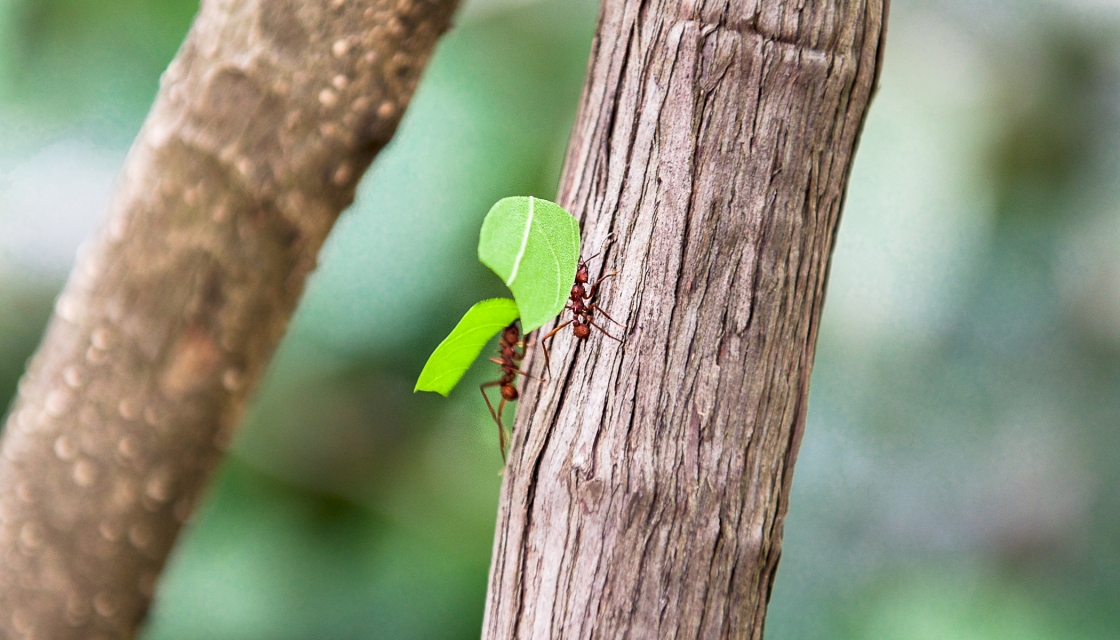 Day 2: Danny: There were really big red ants at the restaurant we ate at for breakfast. This is how big they were (see photo). They were carrying leaves at least twice as big as they were. The ants looked like big spiders but only had six legs. For brunch, we had Empanadas. They were pastries stuffed with turkey ham, peppers, cheese, and tomatoes. I’m not sure if I liked them, but everyone else did!

Ryan joined us in 2001.  He is our resident IT person…our “computer guy.”  Of course, we’re just teasing, but he does love programming as well as playing the guitar.  He can’t seem to get enough time outdoors, playing sports, swimming, etc., and it is a full time job to keep him well-fed.  The destination he is most excited about visiting?  Tahiti!