Bangkok is a city of contrasts, the old mixed in with the new, and the cheap and inexpensive found just outside the pricier venues.  Temples and shrines are interspersed with tall, modern skyscrapers, and there are colors and people everywhere. I didn’t expect to love Bangkok as much as I did.  We spent about a week exploring the streets, shops, temples, and markets of this beautiful city and I still feel like I barely scratched the surface!  Some of the highlights?  Below is just a small snapshot of the things we saw and… Read More

Day 290: House of Blessing and House of Love 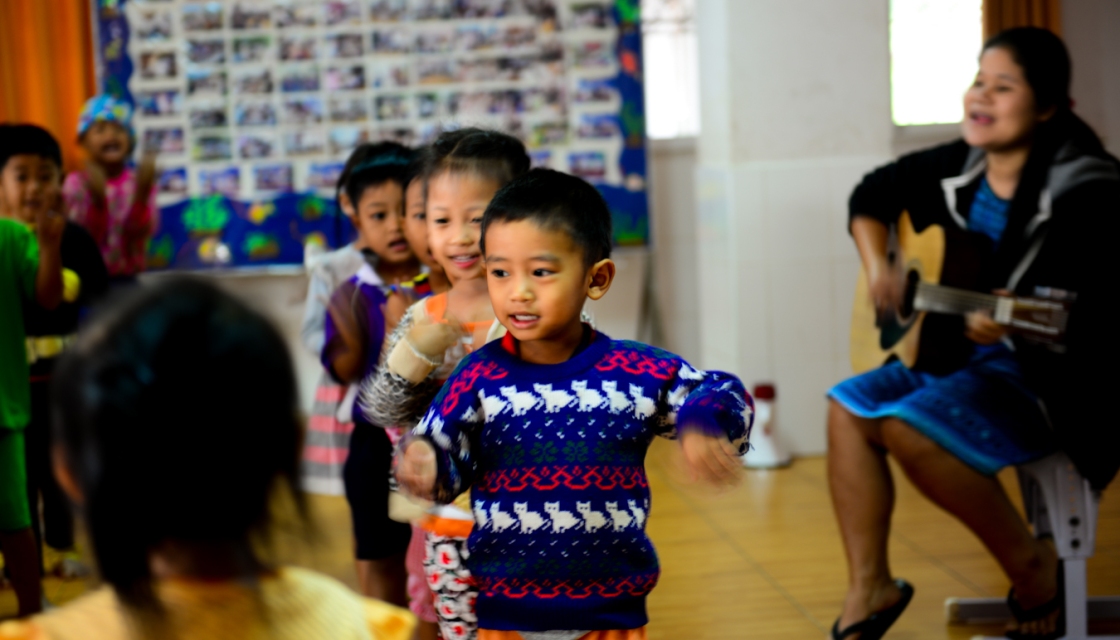 This is my second post on victims of trafficking.  By now you may have guessed that these men, women, and children have a special place in our hearts.  The brutality they’ve had to endure, and the deep wounds their abuse has caused remains heavy on our hearts. Our journey to Thailand was much anticipated.  Yes, there are gorgeous beaches, so beautiful that Leonardo Dicaprio starred in a movie set on one of them (The Beach). And the food is outstanding, with fragrant spices, savory meats, rich soups, and a variety of noodles to accompany them. But… Read More

I got brave and had my first haircut on the road since leaving Chicago almost exactly nine months ago. It happened in Chiang Rai, a beautiful city in Northern Thailand, close to the borders of Laos and Myanmar (the Golden Triangle). Was I nervous that my hair dresser could not speak one word of English? Well…maybe a little. Did I feel any anxiety that one of the two ladies working on my hair was in training and a bit unsure of what to do. Yes! But it all turned out well in the… Read More 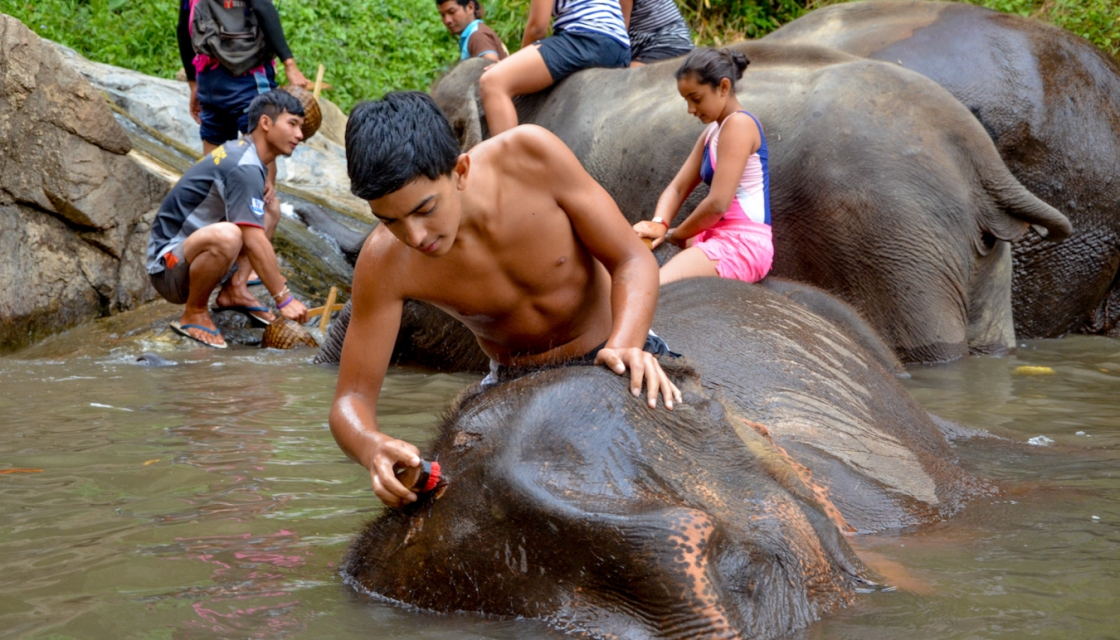 Riding, cleaning and feeding the elephants in Thailand was an experience I’ll never forget. We started by listening to one of the workers there give us a quick (10 minute) talk about safety, like not standing behind an elephant when it is unaware of your presence. We also talked about facts, and how the number of elephants in Thailand is skyrocketing (or should I say ground rocketing) downwards. There were over 100,000 elephants in Thailand a couple of years ago, but now there are only 3000 left! After the quick talk we had about the elephants,… Read More

Bangkok, which was originally called Bang Makok, means “City of the Wild Plum”.  Why is it called that? I don’t know, but if by “plum” they mean traffic, than the name would make a lot of sense, because Bangkok is a city of wild traffic. Just like in Indonesia, scooters weave in and out of the smallest gaps in cars, and they’re either really lucky or really good at driving the scooters, because I haven’t seen any crashes so far. Maybe it’s a bit of both. Trying to cross the street? You… Read More

In Chiang Mai, my family and I visited two elephant organizations.  It was our first time actually getting to interact with elephants…and it was pretty amazing! The first place we went to was at Elephant Nature Park where they took care of abused elephants.  Many people have abused their power over the animals and have taken it way too far, leaving the elephants wounded, severely scarred, and damaged for life.  The owner of this organization is an incredibly sweet lady who has taken in these poor elephants and mended them with her… Read More

I never knew how much I would love elephants until Ryan and I went on safari in East Africa about two years ago.  It was there that I discovered how special they were.  They are powerful yet gentle, large, loving, and protective.  Just watch them when they think their babies are being threatened and you’ll see what I mean! Babies:  We met two newborns, just a few months old.  The male was quite aggressive while the female was docile and sweet.  It was amazing to see the difference in their personalities at… Read More 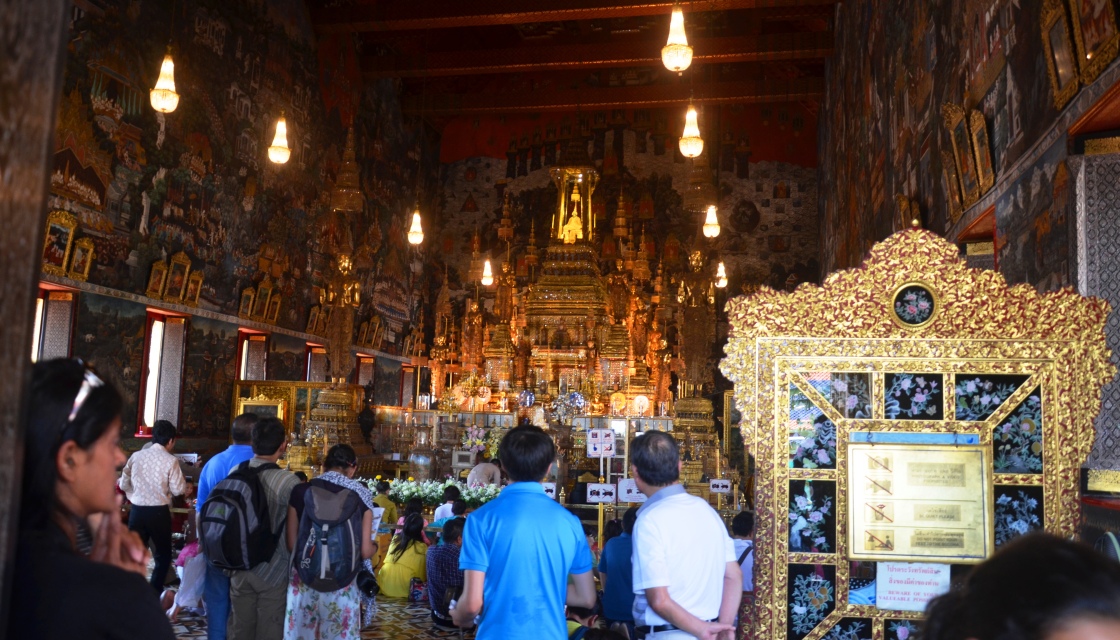 Bangkok (the meaning of Bangkok is “Village of the Wild Plum”) is the center of nearly everything: of power, education, commerce, communication, and fun.  It is said, both metaphorically and literally, that all roads (in Thailand) lead to Bangkok. Originally, Ayutthaya was the Thai capital.  After 400 years of ruling there, it was destroyed in 1767.  Next, the capital was moved to Thonburi, but in 1782, King Rama I decided to move it to Bangkok, which was, at that time, only a small trading port.  He felt that this area had the… Read More

We are loathe to do anything too touristy, as we prefer more authentic experiences, but once in a while we discover why something has become so touristy.  Bangkok’s Damnoen Saduak Floating Market is one of those things and we debated long and hard before deciding to make a visit.  We’re so glad we made the effort to get there.  This floating market is wonderful and it is not to be missed.  To enjoy it, however, just a few quick tips first. If you’re going to visit, try to leave your Bangkok hotel… Read More