Our Help with the Daycares 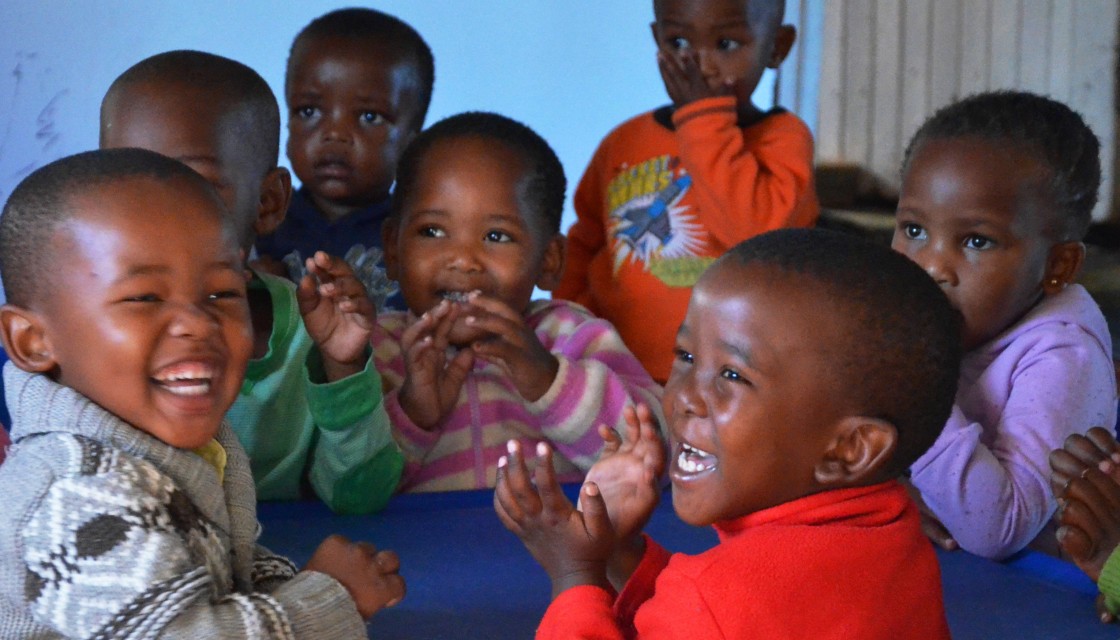 For three days, Lorna and Marty took my family and I to several different daycares.  We hopped around from one to another each morning after giving our presentation at the school, and spent anywhere from 5-20 minutes at each home.  While Lorna and Marty checked on the women’s plants, the rest of us handed out “sweeties” (little gummie worms) to the kids.  The kids’ ages ranged from about 1 – 6 or 7 years old. I felt a lot of different things when going to all these different homes/daycares.  I was sad to… Read More

Day 314: Of Churros and Chocolate 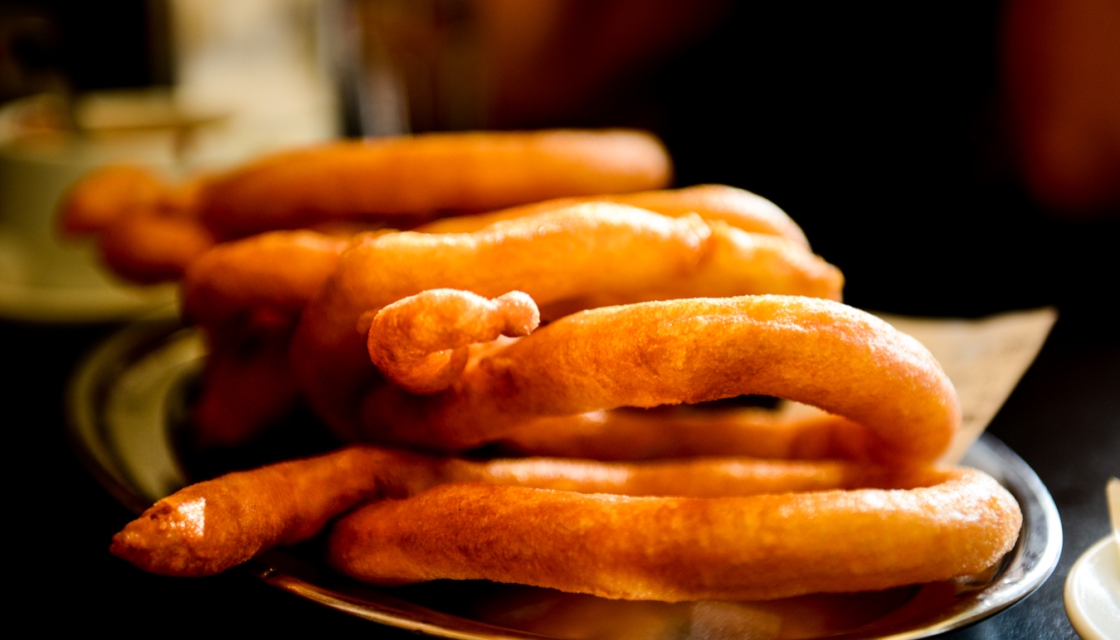 We love trying new foods and I was especially excited for the kids try to typical Spanish Churros with chocolate, as it was one of my favorite treats when backpacking through Europe many years ago.  These Churros did not disappoint! You have to know to ask for the chocolate, which, although technically a thick hot chocolate drink, is used to dip the Churros in.  It is a delicious combination! And what better to top it all off than a hot cup of coffee? Above is one of my childhood friends growing up…. Read More 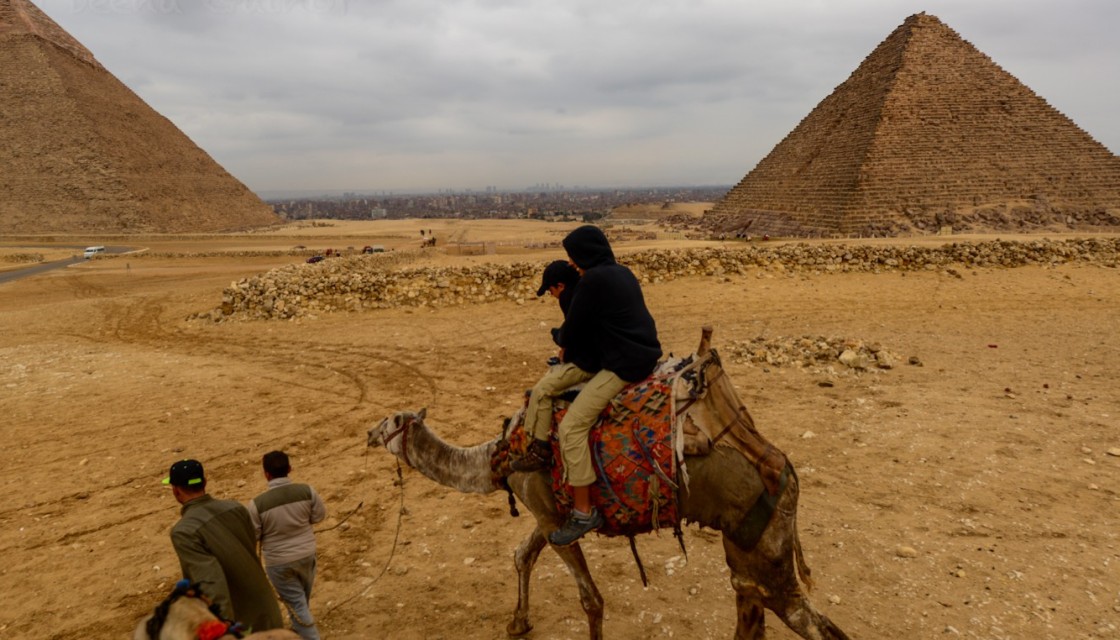 We first flew into Cairo at about 6:00 a.m. which had to mean it was an early morning flight or an overnight flight which was very tiring for me (I snored away on the plane.)  We met a woman named Leila (Lay-la,) who was our tour guide for Cairo.  She picked us up at the airport. We drove into town, and got Falafel which is a patty of deep fried chick peas in bread.  I didn’t like it very much, so I just ate the bread. We then drove to a museum and studied the… Read More

This post is dedicated to the beautiful Cheetah we stumbled upon in Sabi Sabi, South Africa. We are thankful to our amazing tracker, Dollen, and our friendly, knowledgeable, fun guide Kosie, who were almost more excited than we were when we found him! Our Cheetah allowed us to watch him for a while and then, without warning, crouched low, became very alert, and shot off in pursuit of something.  It all happened so quickly and though we tried to find him again, he had just disappeared. Here is how we began our mornings,… Read More

Day 308: Julius and Irene When No One Else Would

“He has AIDS.  His mother doesn’t want him.  Nobody does.  Will you take him?” These are all too familiar words heard in the slums of Cape Town, South Africa by Irene and Julius.  Who are Irene and Julius?  I’m glad you asked, because I’d love to share their story! Nineteen years ago, an HIV positive mother, armed with a black plastic bag only, headed to the local train station with the intention of killing herself.  Community members contacted the police who picked up the woman, throwing the plastic bag into the back of… Read More 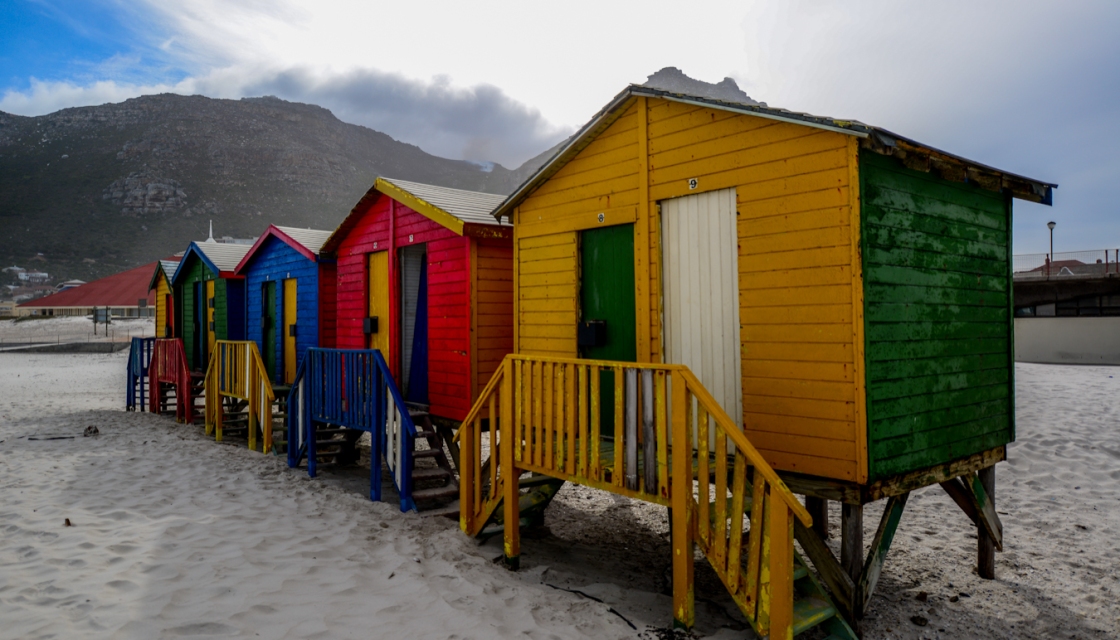 In the midst of working alongside Lorna and Marty (When People Make a Difference), we were also able to spend our free time exploring the beauty of Cape Town, the beaches, and a few gorgeous wineries.  Here are a few photos from the beauty we experienced: Boulder’s Beach:  This area is gorgeous, with green/blue waters and tall mountainous backdrops.  Boulder’s Beach inherited its name because of the enormous granite boulders you’ll find on the sheltered beach areas.  It is also one of only two areas off the coast of Cape Town where you can stop… Read More

Day 302: When People Make a Difference

A few weeks ago, you may have read my post about ZOE International and making a difference in the lives of others, one hurting soul at a time.  If not, see ZOE and Sex Trafficking.  More recently, we were in Cape Town, South Africa and had the honor of meeting Lorna and Reinaldo, as well as Marty, three wonderful people who are working hard to make a real difference in and around the slum areas of Cape Town. They graciously met with us and from day one, were investing their time and energy… Read More

South Africa is stunningly beautiful for many different reasons.  We were very excited about finally visiting the destination we have sold to our clients for the past few years.  For some reason, though, the thought of seeing penguins in the wild really excited me and I could hardly wait to visit both Betty’s Bay and Boulders Beach, two of the only places that penguins breed. Here are a few shots from our time with them.  Make sure to visit our “Quick Tips” below. Quick Tips: 1.  Boulders Beach, located just 45 minutes… Read More

Day 299: Ancient Egypt and the Pyramids

Egypt!  It’s been a dream of mine for years.  I can’t explain exactly why, but ever since I began homeschooling Mikayla and Ryan in first grade, and teaching them about ancient civilizations and the Egyptians, my desire to visit the Pyramids of Giza was ignited and has grown ever since. I’m not the only one.  All of the kids seemed to have this destination at the top of their list of places to go and things to do when we discussed potential itineraries.  Ancient civilizations fascinate them as well. At the very start,… Read More

Kathryn’s Experience with the Elephants

Elephants are amazing. They are beautiful creatures. Intimidating, yes, but beautiful all the same. And when you get to ride them…well, I’ll get to that later. The first elephant park we visited was called Elephant Nature Park. Of course. Here they brought the fortunate rescued elephants from their abusive Mahoot.  (In Thai, Mahoot means the owner of an elephant.) Or they come if they have been injured while mining or in traps. Or if they have been rescued from one of the worst of the abusers. There is an awful way some… Read More