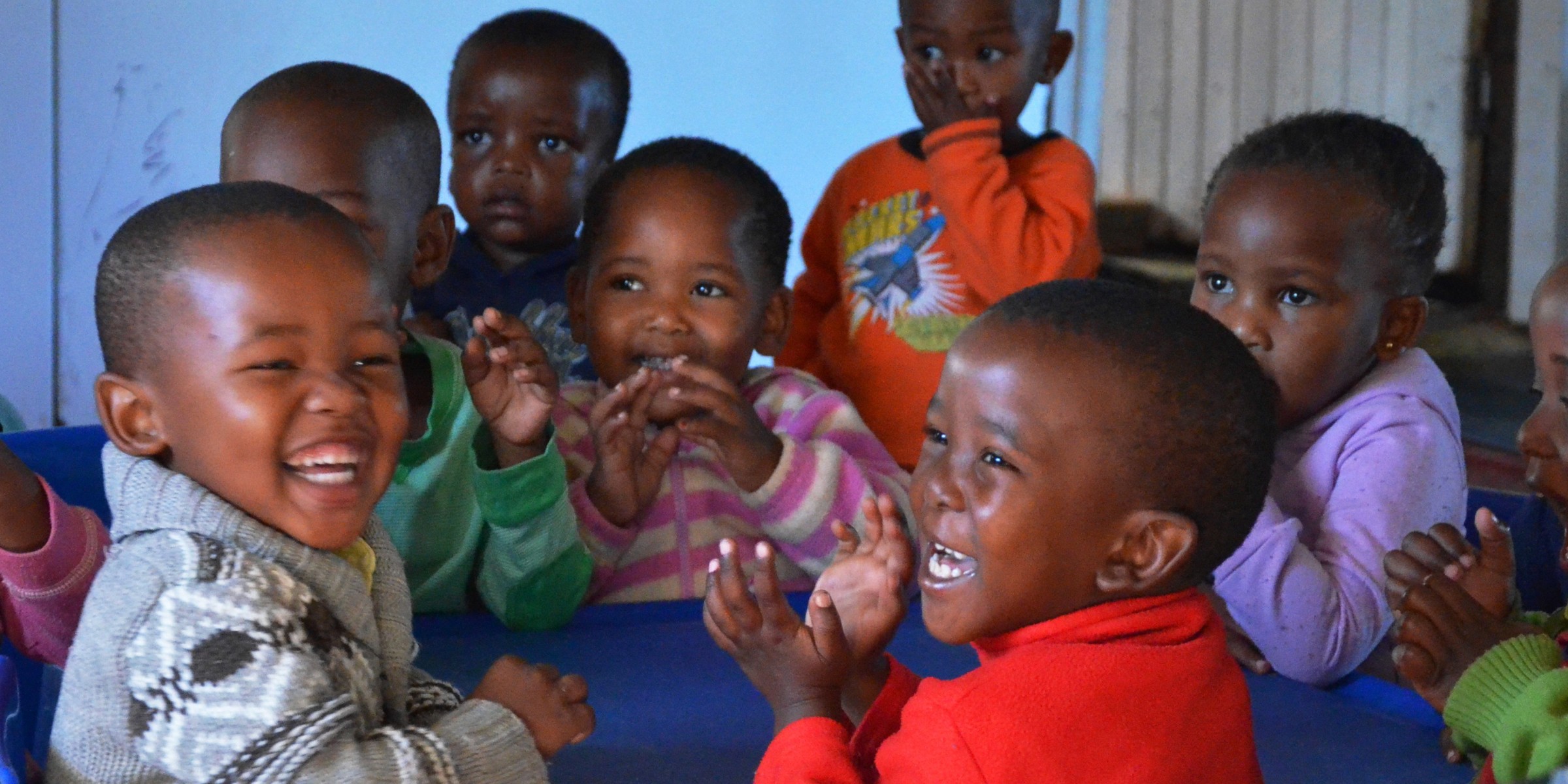 Our Help with the Daycares

For three days, Lorna and Marty took my family and I to several different daycares.  We hopped around from one to another each morning after giving our presentation at the school, and spent anywhere from 5-20 minutes at each home.  While Lorna and Marty checked on the women’s plants, the rest of us handed out “sweeties” (little gummie worms) to the kids.  The kids’ ages ranged from about 1 – 6 or 7 years old.

I felt a lot of different things when going to all these different homes/daycares.  I was sad to think that these kids would probably never experience anything like the life I live.  They had this small world that they knew about and that was their family, school, friends, teachers, and whatever other small group of people they knew in their village or town.  In a way, I suppose one might say that that would be a good thing so that they would never have to compare their lives to that of someone living in America perhaps.  However, it is sad to think that they might never experience much else beyond their own little world.

I was also encouraged by these women and children.  Though they had little, they knew how to have a good time and found ways to have fun…even without tons of toys or electronics or whatever else other people in the world use to have fun.  For example, at one of the daycares we visited, Lorna had brought some scarves over for the women as a little present.  After picking out which scarf they preferred, they put them on, went out to the room with all the kids, and started clapping and providing us with a little fashion show of sorts!  It was silly and fun and they didn’t even use anything except a scarf!  Now, of course people in other places know how to have fun without toys and electronics, but I’m just saying, even these women, who didn’t have much, still knew how to be happy and have a good time!

I was also captured by the kid’s simplicity and, yes, cuteness 🙂  They were so precious!  They were all tiny which automatically equals adorable and most of them were so energetic!  The shy ones were just as cute as the energetic ones though and kind of made you want to go and hug them.  I loved how these kids ran to you and held out their thumbs saying “shop, shop!” (it is a kind of greeting everyone in Africa knows). 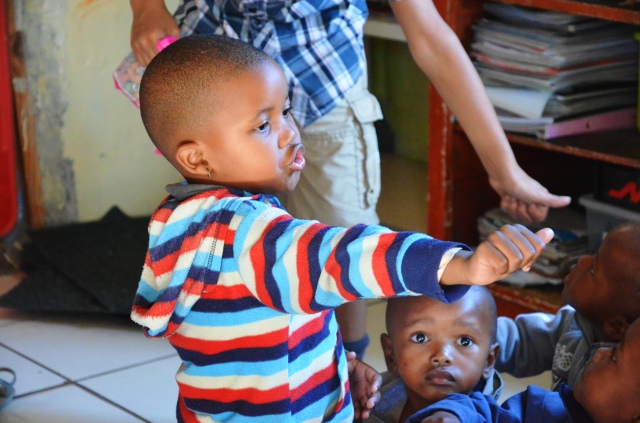 I loved how they were quiet and shy around you, not knowing what to do until you began to take photos and then show them (they would giggle hysterically and jump up and down when they saw their own photo; in seconds it became the “new popular thing” and every kid would cluster around those with cameras, hoping to be in the next photo!). 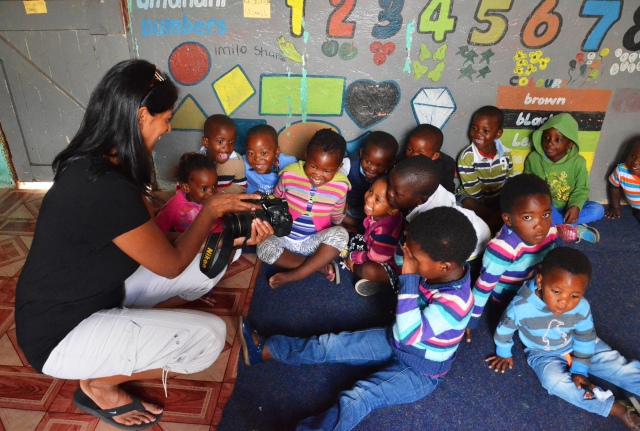 Looking at the picture my mom just took of them

I loved how these kids would wait patiently with their hands out, just waiting until you placed their “sweetie” into their hands (most kids would just start grabbing for the candy, would they not?  But these children, even when you held it out to them, would not take it until it was physically placed in their hands).  I loved how these kids would laugh and start showing everyone the new drawing they now had (my dad drew a few cartoon pictures for them and they would laugh and show their friends). 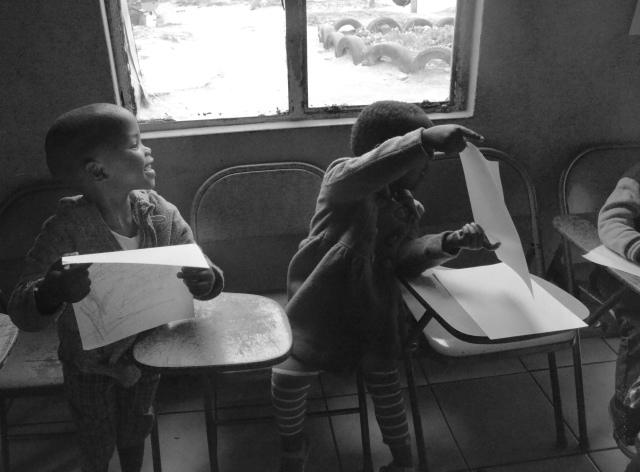 Showing their drawings to eachother

I loved how the kids giggled and copied Lorna (at one point she was playing a little “game” with all of them by saying “show me your _____ (ex: tongue)” and they would repeat her and touch their tongue, laughing all the while).

Copying Lorna and sticking out his tongue

But the thing I loved most about these kids however, were their eyes.  Their eyes were so shiny and so big!  Wide, seeing, shining, gorgeous, black eyes.  It was like they could take in all of their surroundings and knew exactly what was going on.  It was like their eyes could see everything; really, the way the stayed wide open the whole time made it seem that way.

One thing I found very interesting was this.  When Lorna and Marty had originally set out to help these women, they had asked them “What can we do that would be the most helpful?”  And you know what they said?  They said that the thing that would be the most helpful was to have their love and support.  When we were going around to each home, the only thing we really did was hand out candies and try to interact with these kids in a positive and playful manner.  To us, it didn’t really feel very helpful, but you know what?  They said that it had made a difference.  That they were encouraged and thankful for our time spent there, however short it was.  And the reason why they felt that was because we had tried to show them love and support.  Sometimes, food for the soul is much more important than food for the body.  For these women, it was more important that we give them love and support than toys and money for the kids.  Without encouragement, love, and support, how could you carry on?

Though these women say that we were helpful, I really think that they benefited us more than we did them.  While we showed that we cared about them and came to meet the kids, they taught us (just by showing us how they lived) about poverty, hard work, generosity, and more.

It was a really great time over all.  Getting to interact with these kids and see the way they lived was very helpful because it opened our eyes a bit more and showed us more than just our own world.  Also, it was a lot of fun to watch these kids play, observe us newcomers, and giggle.  And it was a blessing to know that these women were actually helped by our short time spent with them.  I am really thankful for the opportunity we had to meet all of these wonderful people and hope that we really were an encouragement to them. 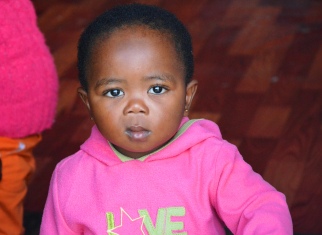 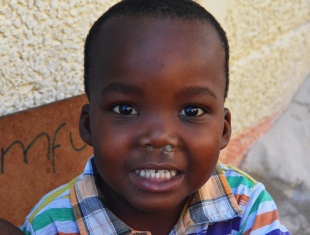 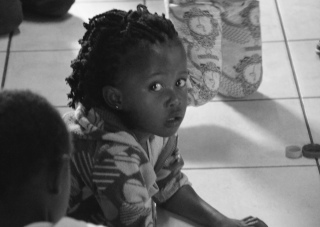 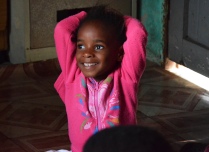 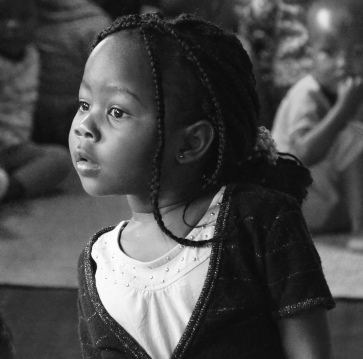 ← Day 314: Of Churros and Chocolate
The Daycare Women →

4 Comments on “Our Help with the Daycares”