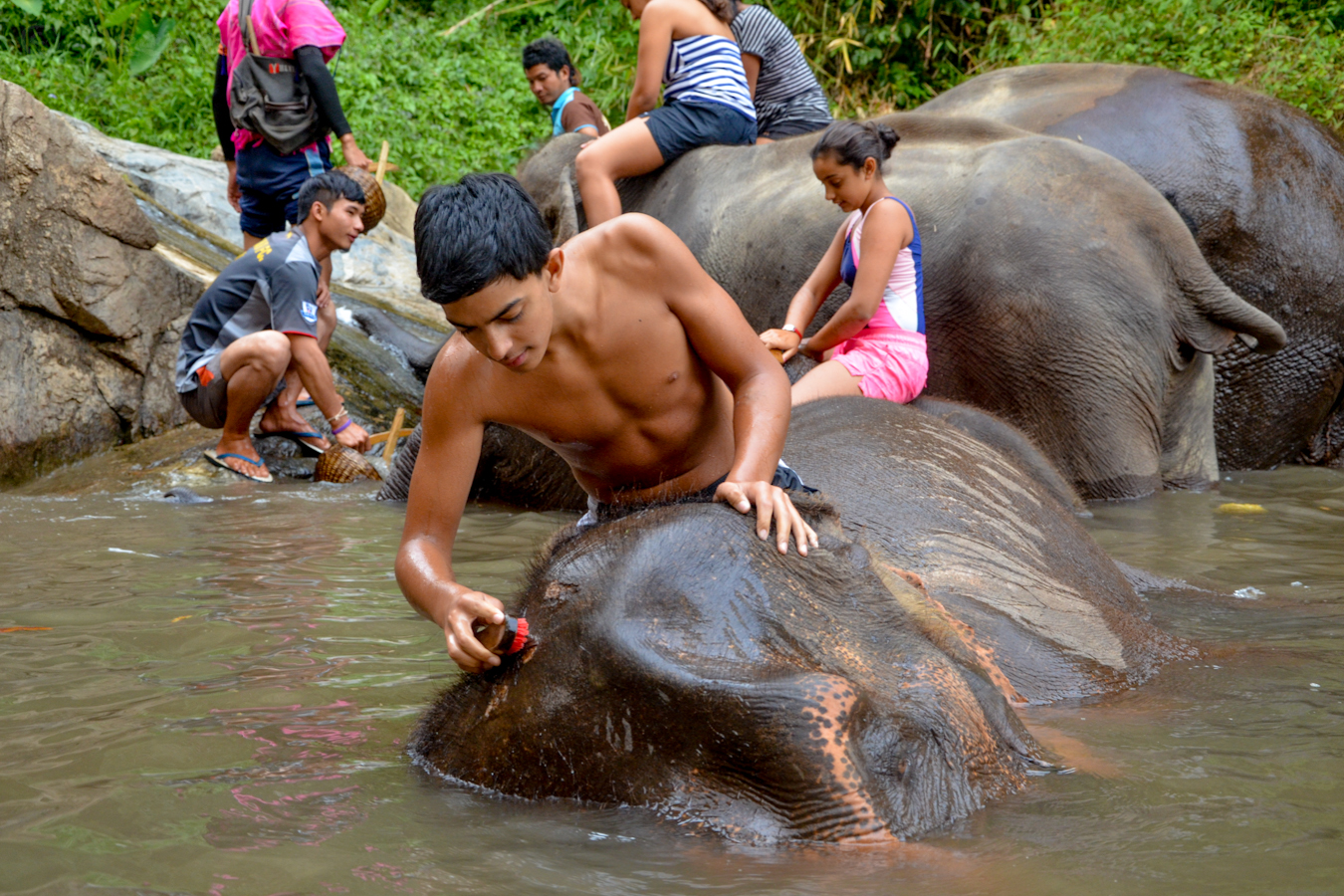 Riding, cleaning and feeding the elephants in Thailand was an experience I’ll never forget. We started by listening to one of the workers there give us a quick (10 minute) talk about safety, like not standing behind an elephant when it is unaware of your presence. We also talked about facts, and how the number of elephants in Thailand is skyrocketing (or should I say ground rocketing) downwards. There were over 100,000 elephants in Thailand a couple of years ago, but now there are only 3000 left!

After the quick talk we had about the elephants, we each took a basket filled with bananas and sugar cane. We told them a word in Thai (which I forget), and they would open their mouths for us to put food in. Of course, occasionally, they would just stick their trunks out and try to grab the whole basket, or snatch a couple while you were feeding another elephant. After they opened their mouth, you would say dee dee, which is the Thai word for good boy, or good girl. They were very hungry, and they can eat a lot every day (up to 330 pounds every day)! 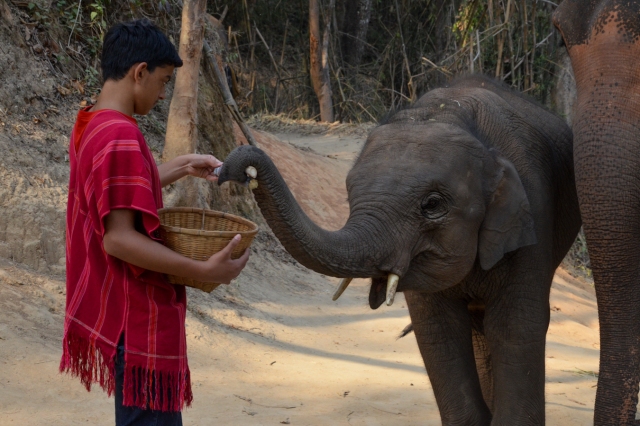 After feeding them, we would go down to the river, which was poop-ball filled, to clean the elephants.
You wouldn’t want to drink it ( which of course is exactly what I did, accidentally, when I fell off the elephant trying to turn around as it bucked it’s head. ) First, we stood on top of a rock, and then we mounted our elephants. We then scrubbed them all over. Their backs, their sides, legs, trunks, and more. After we gave them a scrub, we took buckets and threw water at them. Maybe they didn’t like it, because later as we were trying to take pictures they sprayed us with their trunks. Of course, it might be a sign of affection. 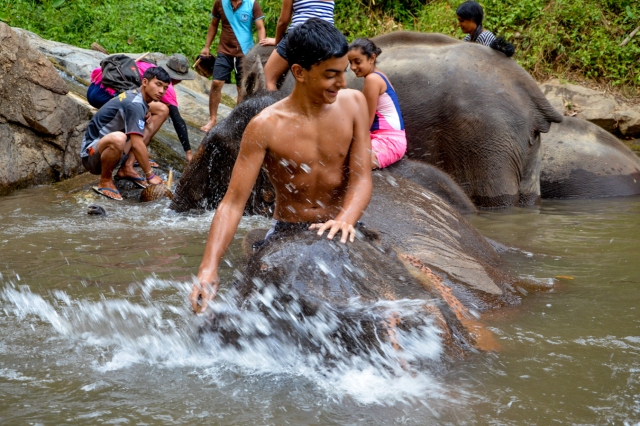 The most exciting part of our trip there was riding them!! After we had dried up, we each mounted our elephants one by one, by stepping on it’s knee, (they lifted their leg up a little, creating natural steps ) and then they lifted us up onto their neck (not their back) and we rode for about 30 minutes. The best part about it was feeling it’s movements as you rode it, and watching people make peace signs at us as we passed them in their cars. The worst part about it, and probably the only bad thing about it, was that my butt hurt after about 15 minutes. 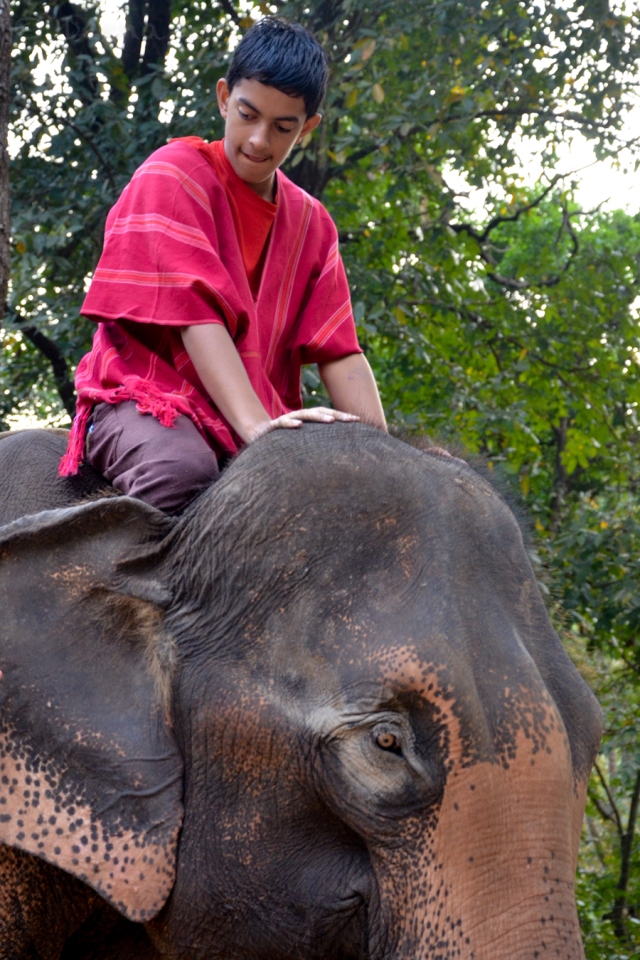 Altogether, it was a great experience, and scrubbing them, feeding them, and riding them gave me a more personal feeling, much better than going to a zoo with hundreds of other tourists and gawking at one trapped in a cage.

← Danny and Mecan
Day 286: Destiny: Hope for Victims of Trafficking →