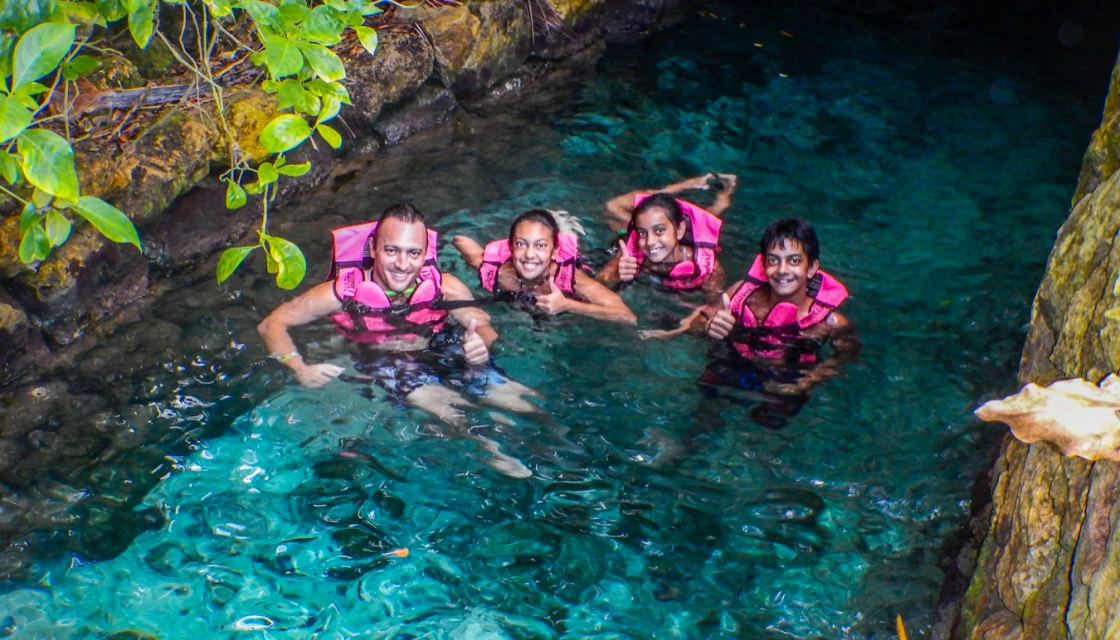 We wanted to do something really special for Ryan’s 13th birthday.  When subtly trying to uncover what he most wanted to do, we were surprised to discover that he wanted nothing more than to float deep down in an underground river!  For whatever reason, this was the experience he was longing for. At about the same time, our Spanish teacher surprised us with six free passes to Xcaret, since her husband works there.  We couldn’t believe the timing!  And so we surprised Ryan by spending the whole day here.  While there are… Read More 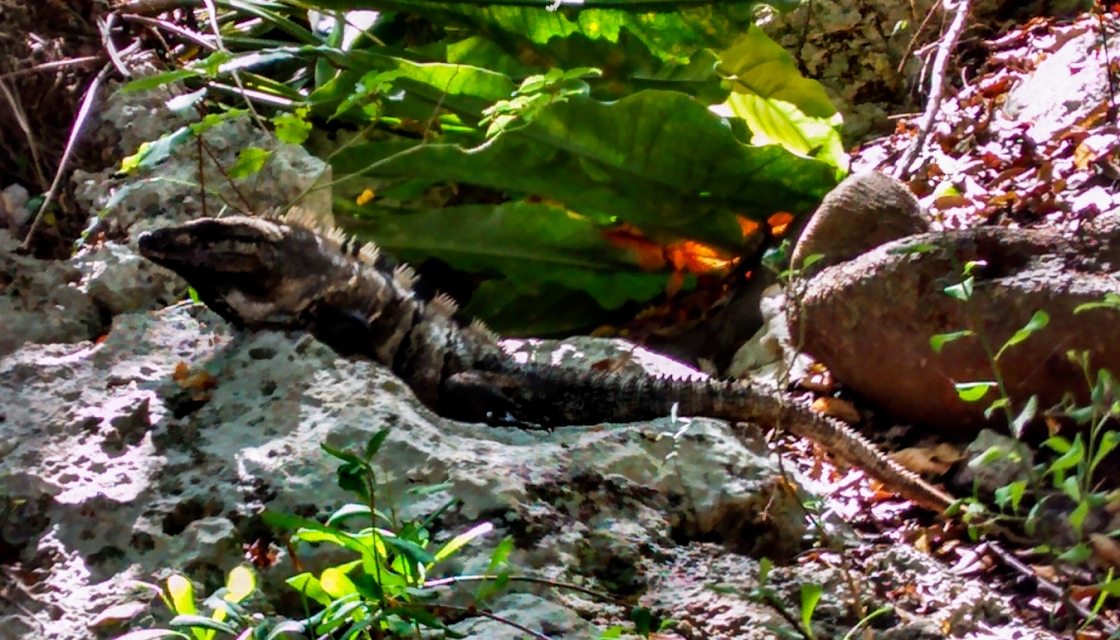 Iguanas are big lizards and I see them all the time because I am in Mexico.  Some live in tropical forests, some in deserts, etc… The green iguana is one that some people keep as a pet but they usually die in the first year of when they become a pet.  They don’t normally get to live the way they do in wild life.  I also do not know why, but other iguanas such as the Blue Iguana and others are endangered. Iguanas also maintain their sharp teeth and usually their own… Read More 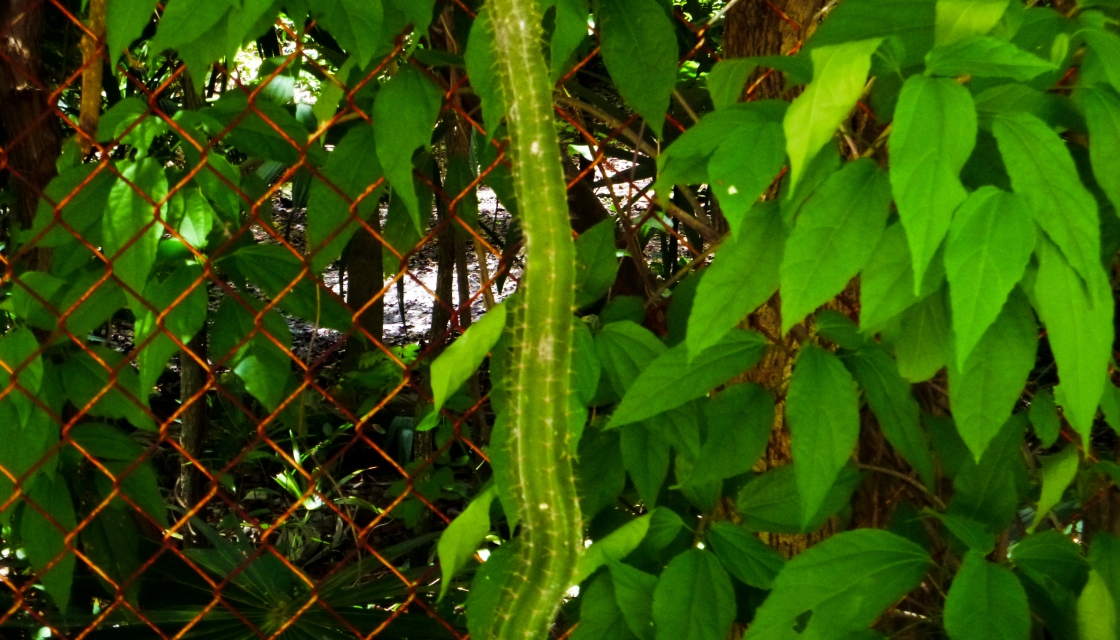 These are a few Mexican plants you might or might not know. ( I didn’t know them, so don’t feel too bad. I’m not this smart in real life ) A Mexican plant known as the Acanthocereus Cactus (get your breath back ), also known as Barbed-Wire cactus, has six species within it’s group.  This cactus is very much shaped like a vine, and it usually has thin stems, which can climb several meters in height. We have some of these in the area we live in, and they are pretty cool…. Read More 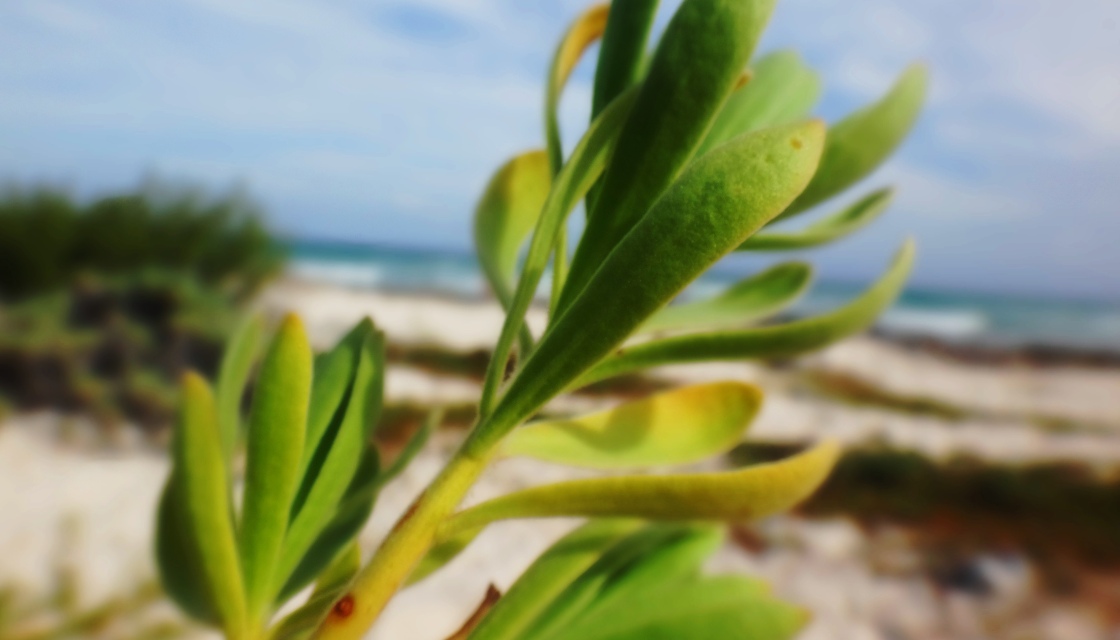 There are many plants in Mexico which have great benefits and many uses.  Whether they are shrubs, trees, herbs, or flowers, they all have characteristics we can benefit from.  Three ones that I find interesting are these: Chicalotes, Desert Willow Trees, and Marjoram herbs. Chicalote plants are very interesting.  While their stems are prickly and look dangerous, their flowers are pretty and their medical productivity is amazing!  They have bluish-green leaves, bright-blue lines, and jagged edges.  The flowers are normally white or yellow and have a paper-texture.  The fruits are long and… Read More

Day 64: Why Not Rather Suffer Wrong?

The timing of this strange question could not have been more perfect.  Since we arrived in Playa almost two months ago, we have been cheated over and over again.  I know that seems a bit harsh, and I don’t mean it to be.  I love Playa del Carmen and I especially love its residents!  Hopefully you already know this through my other posts. Many of the taxi drivers (taxistas), however, have not garnered the same affection in our hearts.  To them, we are ‘turistas’, naive, ignorant, Gringos!  Apparently, we also have plenty… Read More

Mayan Meals, Games to the Death and More

Mayans had meals that may not be appealing to many of us in some ways, though they ate things that we would eat today, like fruit, cornmeal, corn.  They would also eat rabbit or turkey as well as soup and beans.  Even chocolate.  Sounds pretty yummy, right? Hey, they even ate tacos. Did I mention the tacos were bug tacos? Did you throw up or lick your lips in anticipation? You may want to skip this paragraph, or maybe you want to grab a notebook and pencil so you can jot down some… Read More

Packing up all of our belongings as well as packing for fourteen months on the road was a bit overwhelming.  In the chaos of everything, we inadvertently forgot our precious Indian Spices, which my parents had bought for me when last in India.  What a sad mistake.  Indian food is one of our favorites, and chances of finding a lot of great Indian restaurants here in Playa seemed pretty slim. Our cousins, Abe and Liza, came to the rescue!  They packaged up our spices and sent them off to Mexico.  Now I… Read More 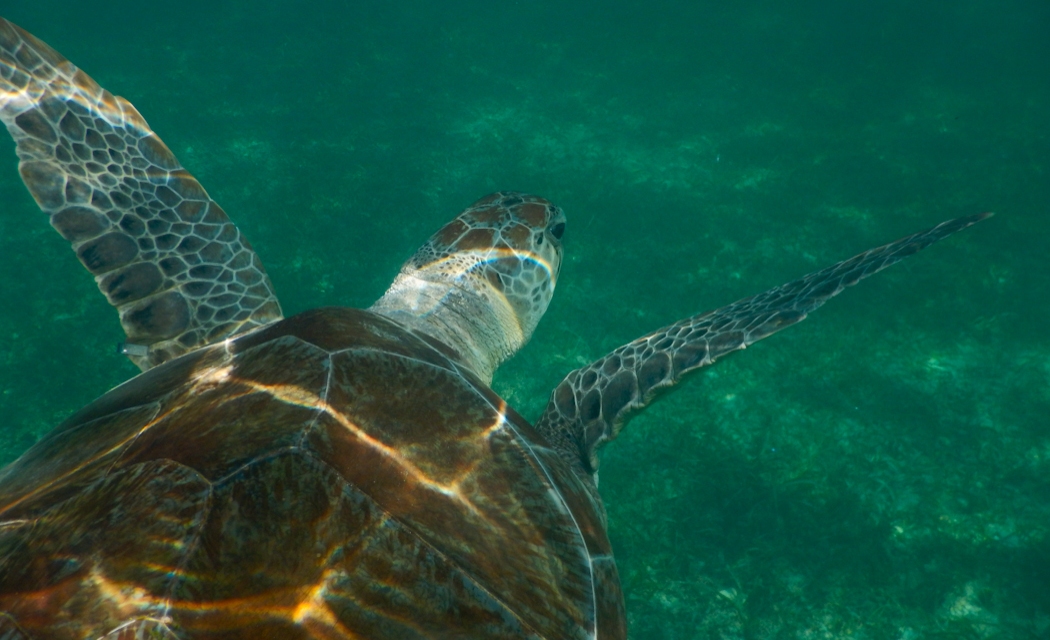 2014 Akumal Endangered Green Sea Turtle from Deena Gainor on Vimeo. Our family of six is taking a year to travel around the world. Our first stop is Playa del Carmen and we are here until November, 2014. We are exploring as much of the area as we can. This weekend, we traveled to Akumal, famous for snorkeling with Endangered Green Sea Turtles. We were more than excited but didn’t know what to expect. Akumal did not disappoint. Here is video we captured of these gentle giants. We were able to enjoy… Read More

This past Friday, we visited Akumal, famous as a playground for Endangered Green Sea Turtles.  We weren’t sure what to expect, and though hopeful about coming face to face with these gentle giants, we tried to remain realistic, understanding that no one can control nature, except God. We got an early start from Playa del Carmen, choosing to have Isidro, our faithful taxi driver of six, transport us there, since we were loaded down with towels, food, a huge, heavy jug of water, and snorkeling equipment.  Yes, perhaps we should have taken… Read More