Santorini is a beautiful place with lots of stunning scenery. It is actually on the rim of the top of a volcano with water inside the volcano (it’s not active :D.) 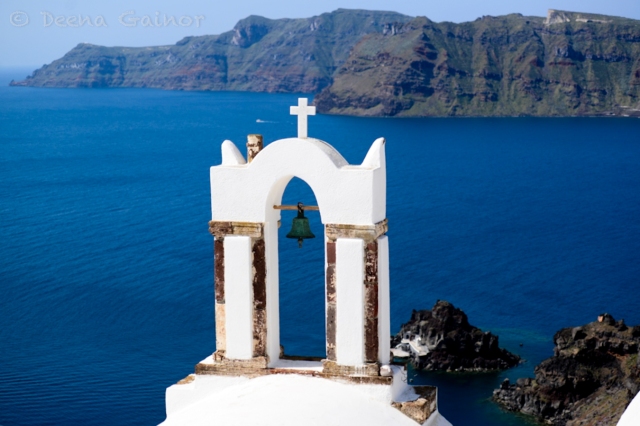 The water inside Santorini is blue and green, and the houses are all mostly white, and some have beautiful blue domes as a roof.

The setting is beautiful, and there are lots of restaurants and shops all over Santorini!

Santorini is known for…I don’t know, but I would say for it’s beauty.  The food in Santorini is very delicious, and the small shops are fun to go inside (A.K.A. mom and sister take half hour to finish up taking pictures.)

It was around April 10th to April 18th when we left and got there.  So we stayed for our sisters golden golden birthday (A.K.A. this actually happened.  Her birthday is April 15, she  was turning 15, and it was 2015!

The house wasn’t that big, but it had a Jacuzzi, a pool (which I never went in because it was freezing), and a way to climb up the walls and get onto the dome (My brother and I did this a lot, and so did Katie.) 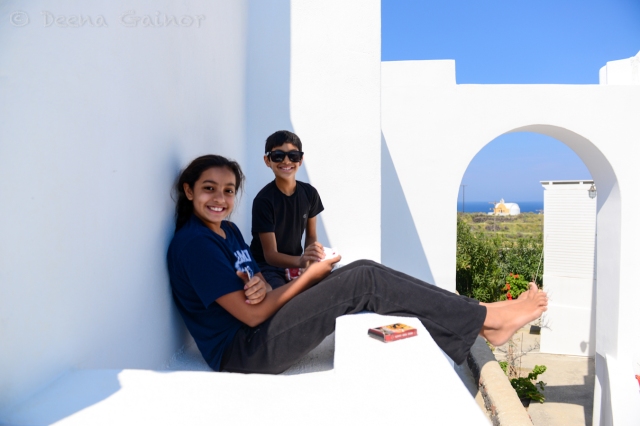 Santorini is pretty cool, and when you are riding a taxi up to Santorini from on the other side of the volcano, it looks like all of the white houses are a thick glacier on top of the volcano!

Well, that’s all for today folks on SixHeartsOneJourey (my mom made up that name, not me).