We stayed in Santorini for about a week.  During that time, we met some really friendly people, toured a gorgeous island, and celebrated my 15th birthday!

Santorini is a gorgeous island.  It feels so clean, white, and fresh!  The air is a little breezy and somewhat cool, the sunsets are spectacular, the shops are adorable, the food is pretty good, and the people are very friendly. 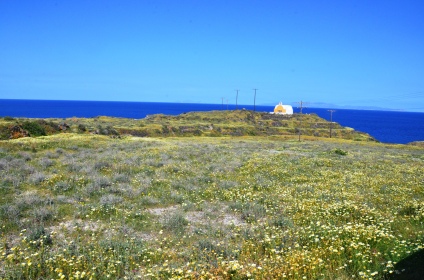 My birthday was especially really special.  On the 15th (my actual birthday), I came up from my room and was greeted with several “happy birthdays”, a bear hug from my youngest brother Daniel, and a cup of the best coffee I’d ever had (from my dad)!  A little later, we all walked into town (about 5-10 mins) and the weather could not have been more perfect!  I had a good opportunity to take some photos then.  🙂  Our meal was eaten in a beautiful restaurant overlooking the brilliant blue waters of the island!  After we ate, we took some time to shop and take more pictures on our way to get ice cream. 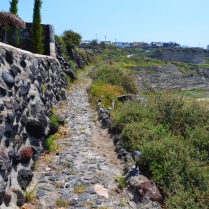 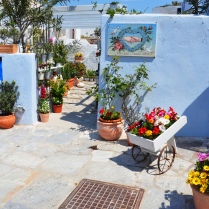 The gelato we had turned out to be some of the best gelato I’ve ever had!  It was at a little place called Lolita’s and the people who worked there were some of the friendliest!  As soon as we walked in, we were given huge smiles, and were asked how we were doing.  Following that, we were asked to sample every single flavor (“did you try this one yet?”)!  They were so friendly and the ice cream was sooooo good, that we came back several times during our stay there.

After enjoying the best gelato I’d ever eaten, we began walking back home and the sky turned cloudy.  The rest of the evening was relaxing, as we played games, swam in our jacuzzi out front, and ate frozen pizza while the sun set.  When we were done eating, we went back inside and ate cake and opened presents.  The night ended by watching Miss Congeniality and laughing hysterically until 12 am! 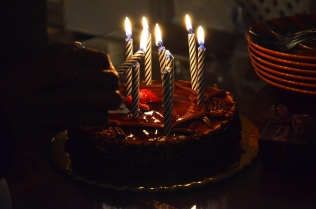 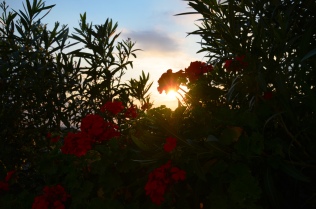 The following evening, my parents took me out to eat for dinner, and that night was really special.  As we walked into town, the sun was setting and the lighting was absolutely phenomenal.  Later on, we sat down to eat at a fancy restaurant, again, overlooking the sea.  Our meal was followed by dessert and a lovely walk home. 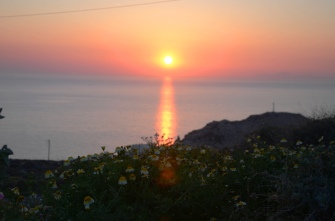 My birthday was really special for several reasons and it definitely contributed to the love I have for Santorini.  It is one of the most beautiful places I’ve been and has a special place in my heart.  I hope to visit it again someday…perhaps with my own family!

Campfire and S’mores on a cold night: 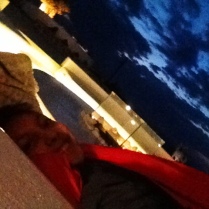 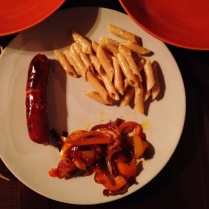