Australia…….there really is no way to define it’s beauty. You could say it’s amazing, gorgeous, breathtaking, but you have to be there to understand what Australia is.  The most fun part of Australia was seeing, touching, and petting kangaroos and koalas. We also saw penguins and a huge bird I thought was really cool. 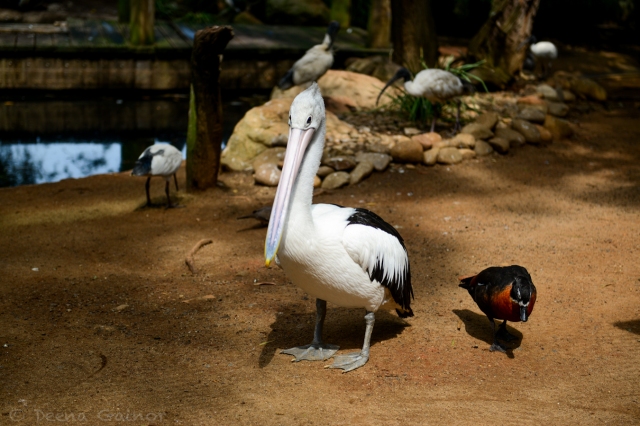 The first thing we did was leave the airport and get a taxi over to Melbourne, which was about half an hour to an hour away.  We had a lot of fun exploring the city.
When we were ready to leave the hotel, we checked our bags so we could go walk around the city, since we had a very late night flight.  We searched and found a nice place to eat. Then we explored a bit. After a while, we came back to the hotel to shower and get dressed nicely because our parents asked us to. But we never imagined there would be a special surprise! We went to the gym lockers to take showers because we had already checked out.  While the others showered, the boys and I did some exercising.
When we were all ready, we started walking around, all of the kids expecting to just go to a nice restaurant. But that wasn’t what our parents had planned! After a small walk, mom and dad lead us to a different building. They surprised us with Les Miserables! We were all so excited we couldn’t even talk! And to tell the truth, I loved it so much, the way they put the talking all into singing. It was amazing. After the play, though, we were all tired out. We dragged ourselves back to the hotel and then left for the airport.
Then we flew to more of Australia, searching for kangaroos.  Our first stop was Cairns and Port Douglas, where we got to snorkel in the Great Barrier Reef.

Justing hanging with the kangaroos

In Australia, there are a lot of spiders around, and some are huge. We saw a few of the biggest ones. Two of them were in our house. They’re called the Huntsman. Although these creatures are not toxic or poisonous, they are big, and their bites are painful. We also saw a Redback spider, which is deadly, and two Whitetails, which are also deadly.

At the end of our time in Australia, we drove to the Sydney airport and flew away to Indonesia, sad to leave the beauty and amazingness of Australia.
~Kathryn