Our first safari was in South Africa, at a place called Bush Lodge. We arrived at night, so we didn’t see as much, but our spotter/tracker Dollen spotted a GREEN chameleon in a bunch of GREEN leaves with a flashlight in the dark. (He had a good eye). Our second safari, which required us to get up at 5:30 AM so we could leave at 6 AM, (after coffee, of course) was pretty awesome. We even spotted a leopard, which is pretty rare to see, because they are so good at camouflage. We… Read More

Photographing the Big Cats is one of the top reasons many people journey half way across the world.  Spotting one in the wild can be one of the most exhilarating experiences of your life.  It was for me, that is.  I am drawn to the Big Cats and find myself wanting to get as close to them as is humanly possible.  But there is also a sane part of my brain that recognizes their strength as well as the danger and foolishness of not respecting that these are wild animals.  Just look at this guy! We have spoken… Read More

Stalked by a Lion 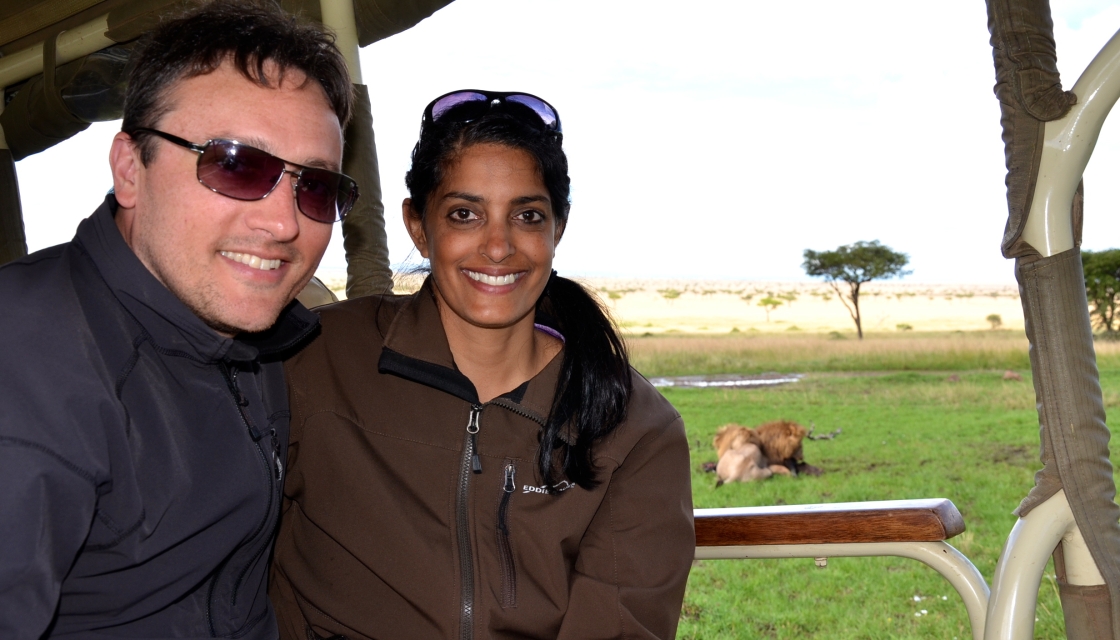 While you may have imagined for years what it would be like to come face to face with an imposing, stately lion, pursuing unsuspecting prey in his natural habitat, nothing quite prepares you for the bewildering deluge of contradicting emotions that flood through you as the scene unfolds, just steps away.  All that stands between you and this massive, powerful beast…is nothing. My husband, Ryan, and I watched helplessly as an abandoned newborn water buffalo we had just befriended unwittingly, began to cry.  His hushed whimpers grew quickly into a loud wail… Read More