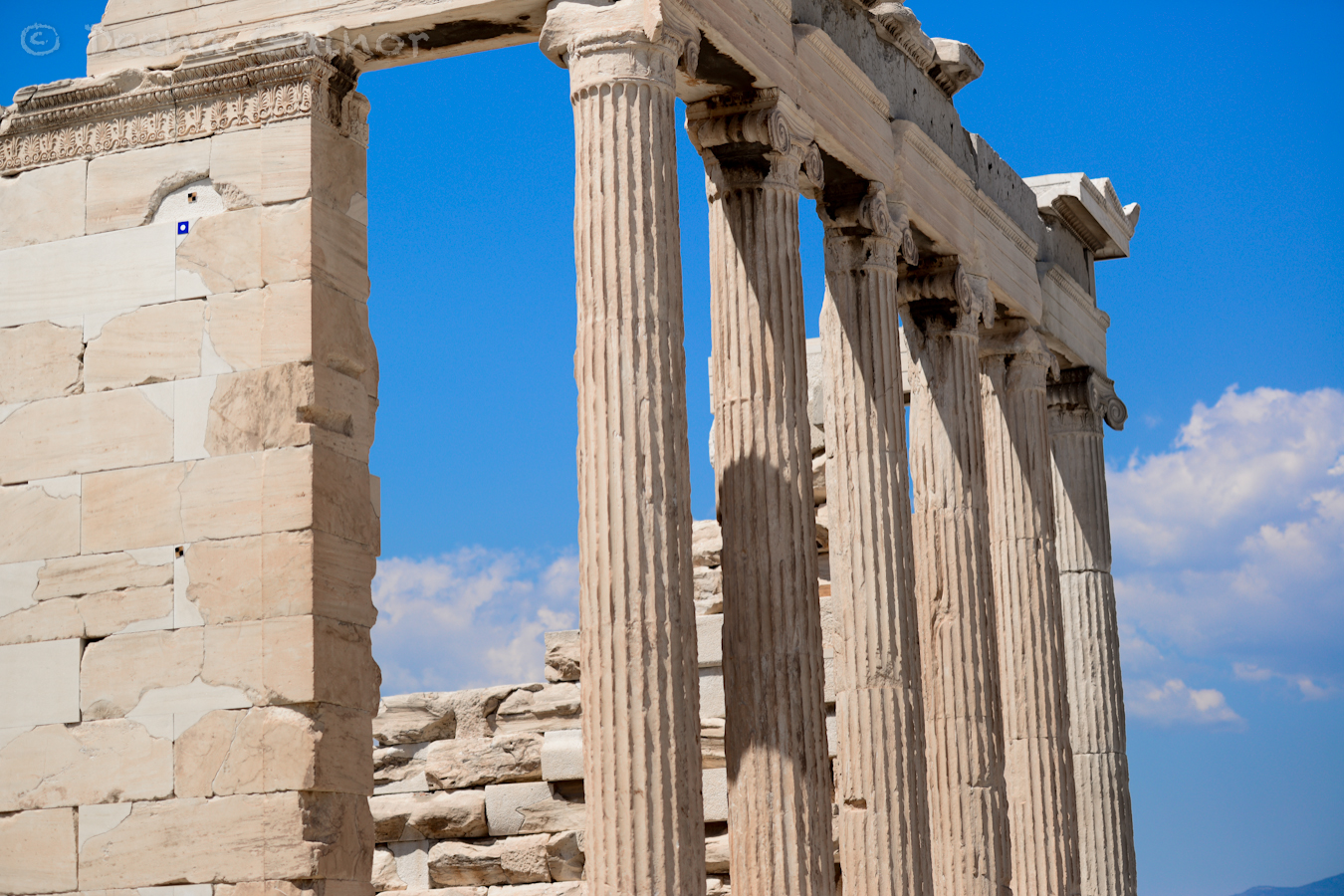 We flew from Israel to Athens on the ninth of April. Athens, like Rome, is another place steeped in history, that goes even farther back in time than Rome. To take advantage of all the history, we bought tickets for a bus that you have probably heard of – the Hop On Hop Off. 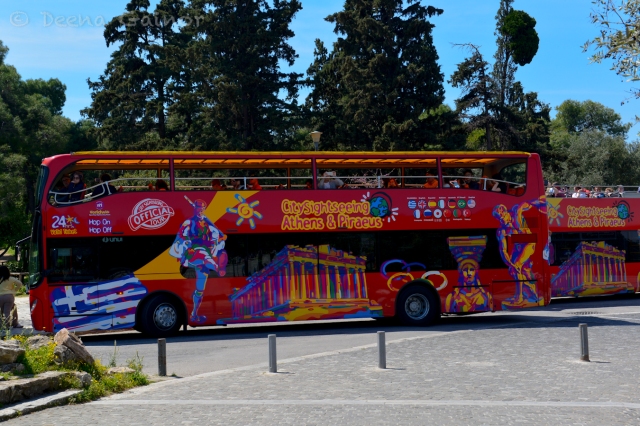 Hop on, Hop Off is pretty self explanatory.  You can hop on whenever you want that day, and hop off whenever you want. They have commentary throughout, in eleven different languages, and stop at all of the main historical sites in Athens.

These sites include the Parthenon (which is part of the Acropolis), the Temple of Zeus, Hadrian’s Arch, and many more. We saw the Parthenon in it’s full (ruined) glory, with a nice view of the ocean as well, because it is quite high up. 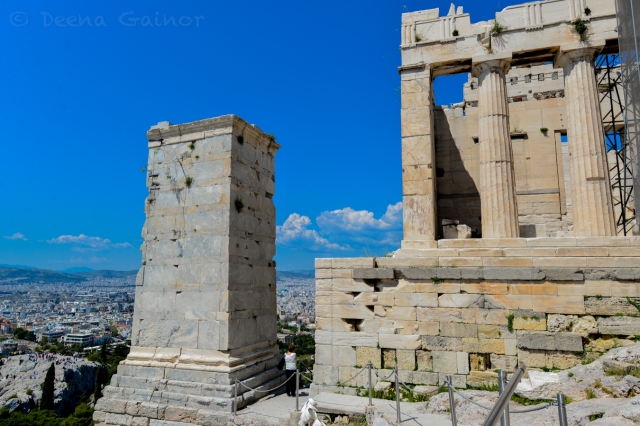 The Temple of Zeus is not quite a temple anymore. It should now be called: The Temple of Zeus that is now just a bunch of tall pillars, because that is exactly what it is, sadly. It is now a collection of pillars. 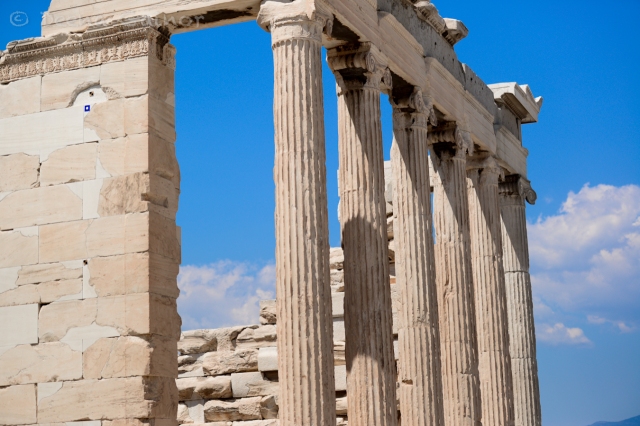 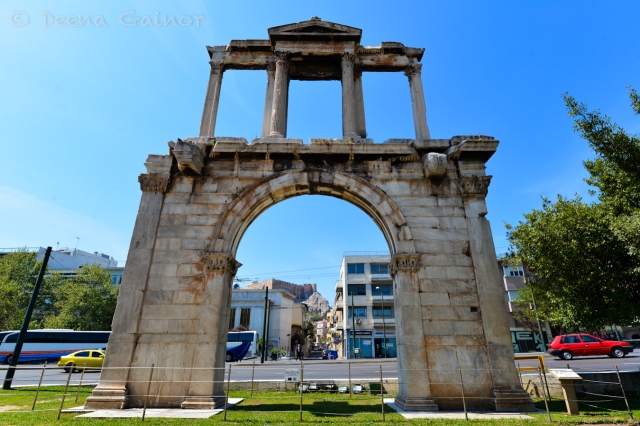 We had a great time in Athens, learning about all the history and eating gyros. The weather was also perfect, which made everything a lot more enjoyable.