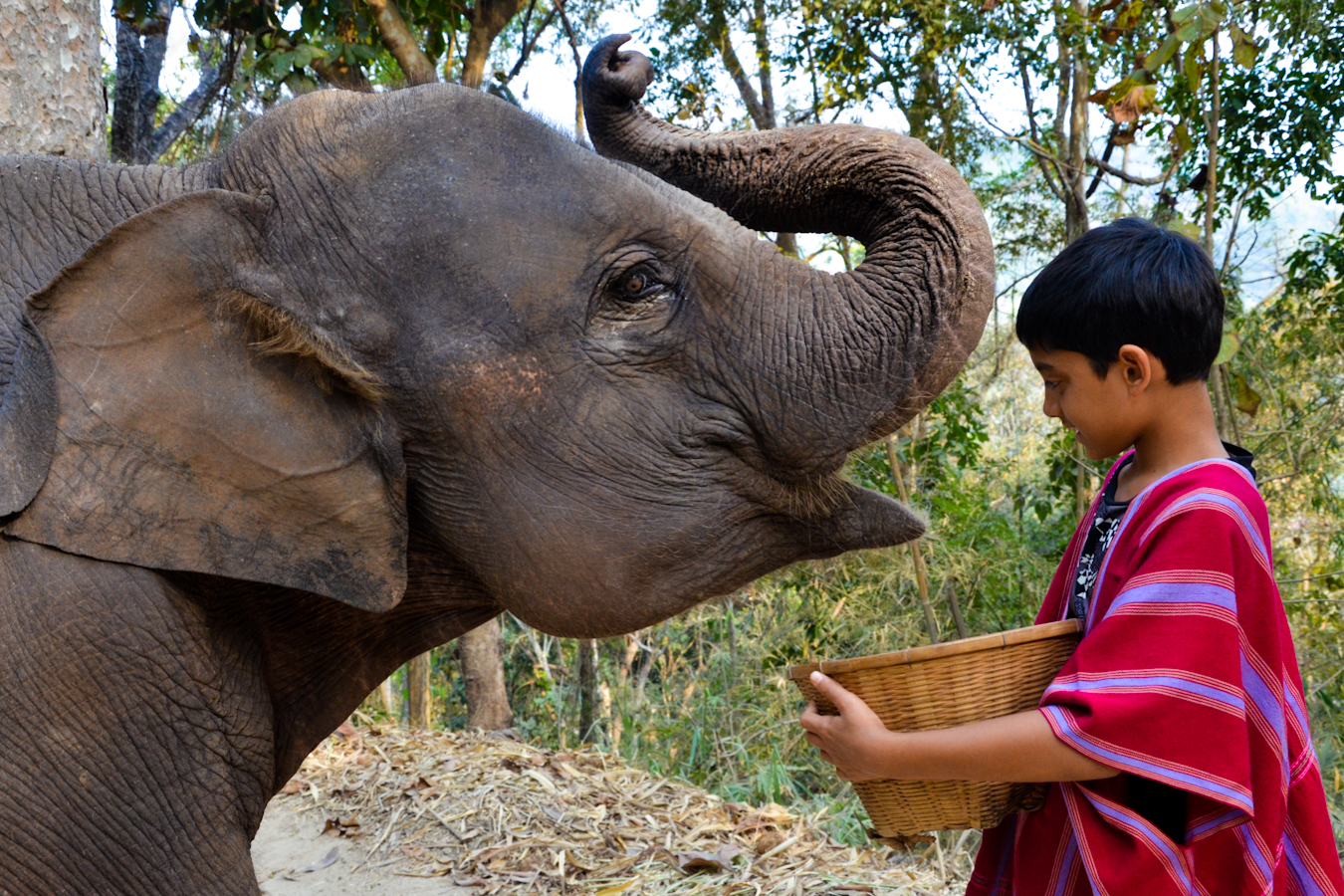 Patara is a nice place where the people give you lessons on how to treat, and take care, and ride elephants.  For the day, you get your own personal elephant to bathe, ride, and feed.  My elephant was called Mecan, and the way I remember Mecan, is the word mechanical.

In the first 20 minutes, you feed your elephant bananas and sugar cane.  When you wanted them to open their mouths, you would say:  “Bone”.   And if they obey, and eat what you give them, you say:  “Dee dee”.  Deedee means good boy or good girl.

Once you finished that, you would move on to body care.

When you give your elephant body care, it is cleaning it.  First, the elephant usually has lots of dirt on them.  So you would take a branch, and brush the dirt off of them.  You would brush until there wasn’t much dirt left on them.

Then, you would go to the water, and get a bucket and a scrub. 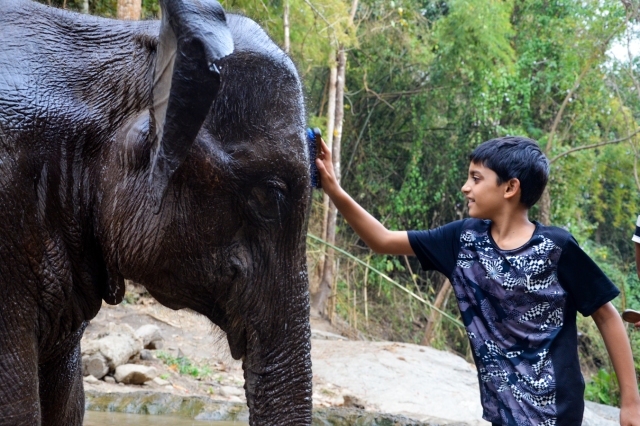 The elephants would sit down in the water, and you would then get on their backs.  You would take the bucket, and fill it with water, and then you would dump it on the elephant’s body. 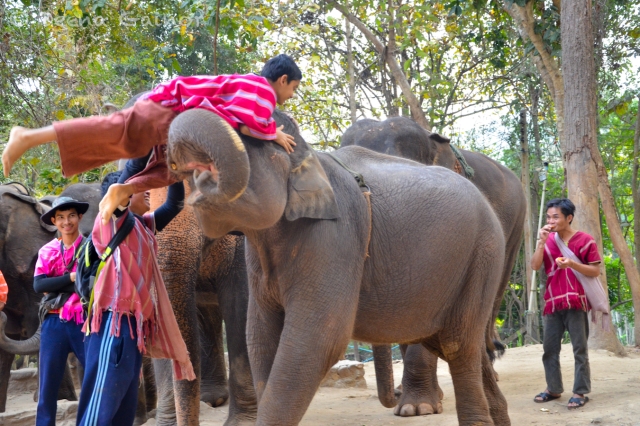 Danny getting a little boost